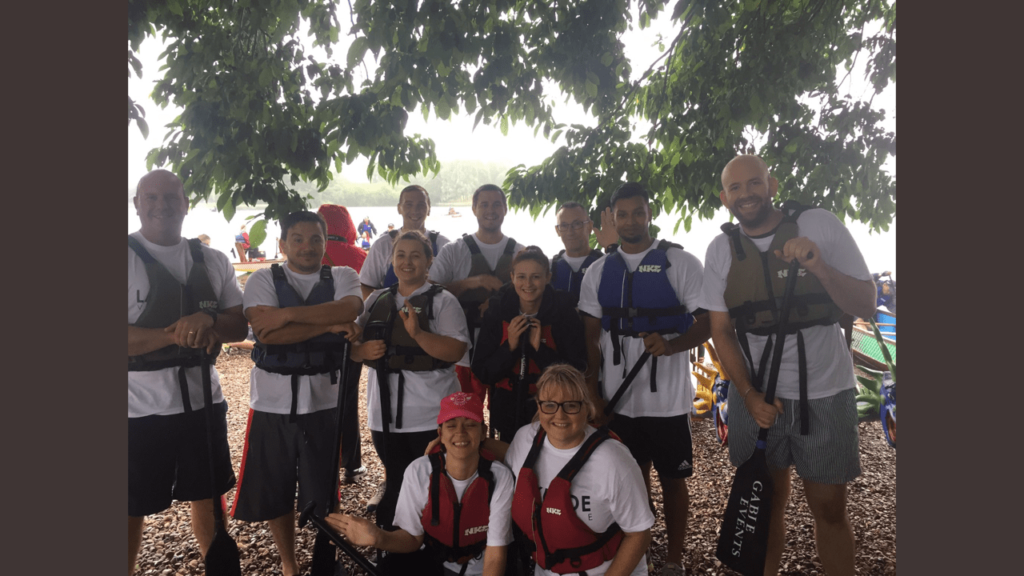 We got our sea legs on this weekend to take part in the Doncaster Dragon Boat Challenge, to raise money for Bluebell Wood Children’s Hospice.
Our mission to raise as much money as possible for our charity of the year continued with the boat race on Saturday 15 July, which saw us getting into a 30 foot dragon boat and fighting it out over a 200 metre course with over 30 other teams.
Our 10-person squad, which included centre manager John Magee, took to the waters on the Lakeside Lake – just a stones-throw away from our centre.
Speaking after the race, John said: “The Dragon Boat race was a really tough physical challenge, which makes it a great way to raise money for the Bluebell Wood hospice.
“We wanted to push ourselves to raise as much money as we can in support of the inspiring work the hospice does and if we manage that then all of the exertions will be more than worth it.”
Last year the teams that took part raised over £15,000 for their chosen charities and we are hoping to have raised a sizeable amount for ours.
John added: “The Bluebell Wood Children’s Hospice really do some incredible work in support of children and young adults and we are thrilled to have them as our Charity of the Year for 2017 and to be able to support that work.
“We have gotten off to a great start with the events we have held or taken part in so far, but there will be many more throughout the year!”
For more information about Bluebell Wood, visit www.bluebellwood.org