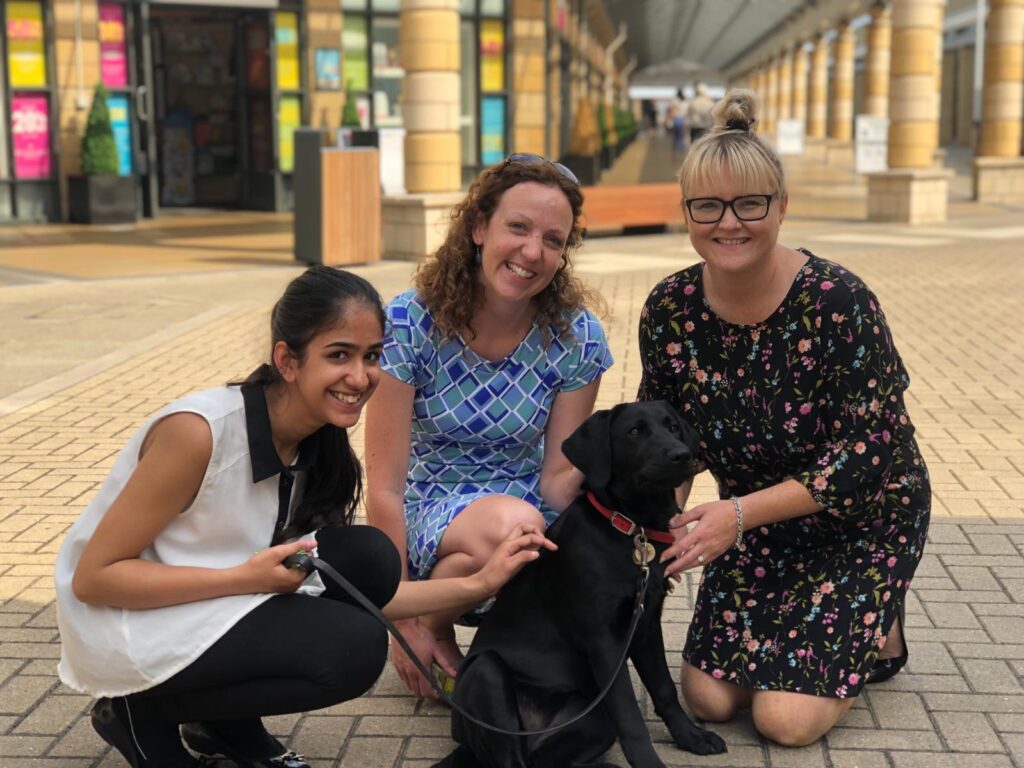 Lakeside Village Outlet Shopping is aiming to sponsor another four-legged friend after a year of fundraising secured several thousand pounds for a new guide dog.

The Doncaster centre selected Guide Dogs as their charity of the year in 2021, holding a host of fundraising events with stores and customers with the proceeds going towards a helpful new pup.

These included a day for the dogs to showcase their skills and a Paws for Fun Day where customers were invited to pose for professional photos with their pet.

The efforts saw Lakeside Village raise the £5,000 needed to sponsor a dog, which customers voted to name Bingo. Bingo is the seventh dog sponsored by Lakeside Village, which has raised thousands of pounds for the charity since 2010.

Since passing the target, Lakeside Village has continued to fundraise, including hosting a Christmas family photo day with donations to Guide Dogs in exchange for a happy snap. Fundraising tins remain around the centre and any additional funds will go towards sponsoring an eighth dog.

Di Rodgers, centre manager at Lakeside Village, said: “Guide Dogs has had, and continues to have, a special place in the hearts of everyone at Lakeside Village. It has been wonderful to work with them again this year and we’re so proud our generous shoppers and stores helped us raise enough to sponsor a seventh guide dog.

“We have continued to fundraise and currently have about £1,300 of the additional £5,000 needed to sponsor an eighth guide dog. With Christmas around the corner, the centre will be bustling and it would be fantastic if our kind-hearted shoppers could help us get even closer to being able to sponsor another four-legged recruit.”

Kim Hutchings, Community Fundraising Manager for Guide Dogs, said: “We are so grateful to Lakeside Village and their staff and customers for their amazing support over the years.

“There are nearly two million people living with sight loss in the UK and it costs nearly £55,000 to support a guide dog from birth to retirement. With donations like those from Lakeside Village, we can train more dogs to become lifesavers.”

A new charity of the year for Lakeside Village will be announced in early 2022.