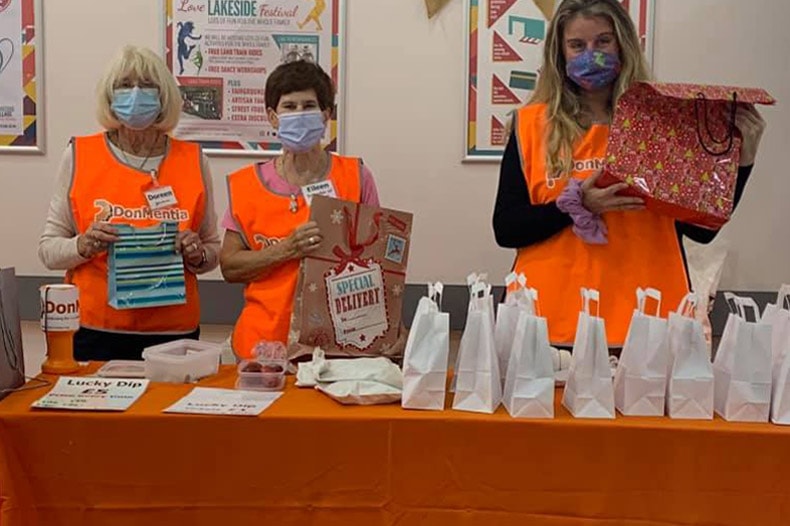 Kindhearted shoppers at Doncaster’s Lakeside Village have helped to boost fundraising efforts for those living with dementia in the town.
Generous customers dropped their change into collection tins in stores at the centre and attended the Love Lakeside Festival over August bank holiday weekend, raising £660 for the DonMentia charity.
During the four-day event, a free land train transported shoppers to stores across the complex and included a drop-off point for a leisurely walk around the lake. Families also showcased their favourite moves during glittering disco dancing workshops, enjoyed craft fairs and all the fun of fairground rides.
Di Rodgers, centre manager for Lakeside Village said: “We’re thrilled that both our customers and stores have been so generous in supporting our charity of the year. It was fantastic to see people of all generations enjoy the Love Lakeside Festival which we hope brought a sense of fun and community to all who came along.
“We’re passionate about supporting DonMentia, which is a small local charity that was established in 2013 to raise money for people in the town affected by Dementia. It means a lot to us to be able to contribute to a charity doing such great work.”
Eileen Harrington, founder of DonMentia, said: “It’s a pleasure to have a partnership with the Lakeside Village team and their fundraising efforts will be invaluable to us.
“We are an organisation run solely by unpaid volunteers, so all of the money that shoppers have kindly donated will help support those affected by dementia who need it most.
“Some of the money has already gone to good use as I’ve had a number of morning coffees and afternoon teas for people with dementia and their carers, honouring social distancing rules, in my garden.”
There are over 120 types of Dementia, the most common of which are Alzheimer’s disease, vascular dementia and Lewy Body Dementia.
Dementia is progressive, which means that the symptoms will gradually get worse. How fast Dementia progresses is different for each person.
Symptoms associated with an ongoing decline of brain function include problems with memory loss, thinking speed, mental sharpness, spatial awareness and loss of speech.
For further information about the charity visit https://donmentia.org/