Celebrate the 75th anniversary of VE Day in style 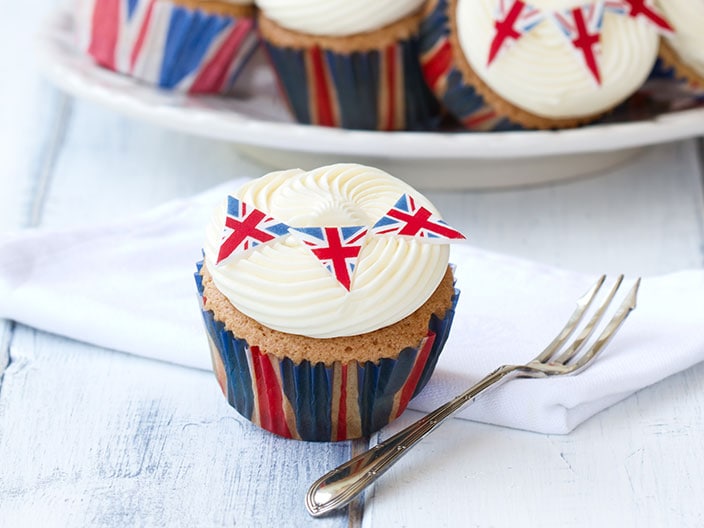 We asked our friends down the road at South Yorkshire Aircraft Museum if they would like to do a guest blog for us as we commemorate VE Day.
We know that before the global Covid-19 pandemic put the country on lockdown lots of you would have been busy planning street parties and celebrations. That now can’t happen but there are lots of ways that you can celebrate in your own home, creating bunting and decorating your home to mark the occasion.
There is also the ‘Nation’s Toast to the Heroes of WW2’ at 3pm on the 8th May. The advice is to take part in this from the safety of your own home by standing up and raise a glass while toasting “To those who gave so much, we thank you,”
Here’s what the South Yorkshire Aircraft Museum has to say about the importance of VE day
This year marks the 75th anniversary of the defeat of Axis forces in Europe in World War Two. The 8th of May 1945 was hailed as VE Day (Victory in Europe). Whilst not the end of WW2, as the Allies were still fighting the Japanese in the Pacific, VE Day marked the end of hostilities against the UK at home. No more German bombers or submarines attacking our homes and coastal waters. Fighting had ceased in Europe and most of our soldiers, sailors and airmen, were safe although there were still many dangers out there. The Country was, at last, able to celebrate.
The South Yorkshire Aircraft Museum has amongst its displays several relevant to World War Two. Most notably, the Memorial Walls for the two RAF squadrons formed at Doncaster on the site that the Museum now occupies. There is a substantial amount of information on display but for the purposes of this report, here are some relevant facts about where our WW2 squadrons, and our aircraft were on VE Day.
616 Squadron, Royal Auxiliary Air Force, the only RAF squadron to operate jet aircraft during the war, had moved with their Meteors across to Europe to support the ground forces and were based at Lubeck, a former Luftwaffe base in Germany.
271 Squadron, RAF, the first UK based RAF transport squadron, were based out of RAF Down Ampney and supplying the troops advancing in Germany, Italy and Greece. They also had an ‘ambulance flight’ operating from Doncaster bringing the wounded back home.
Our Auster AOP Mark1 spotter aircraft, which is complete and on display in the Museum, having been across the Channel to support the D Day landings was now back operating from RAF Llandbedr in support of operations in Wales. The original 654 Squadron, with which it flew from Doncaster (based at RAF Firbeck), was near the front lines in Europe but had been re-equipped with later Mark5 version of the Auster.
Lots more information is displayed around the Museum with over 40 complete aircraft, and a similar number of restored cockpit sections, more than 100 aircraft engines along with a large selection of weapons and aircraft related equipment.
Hopefully, it will not be too long before we are open again and you will all be able to come and visit.
Visit www.southyorkshireaircraftmuseum.org.uk for a taster of some of our fantastic displays.