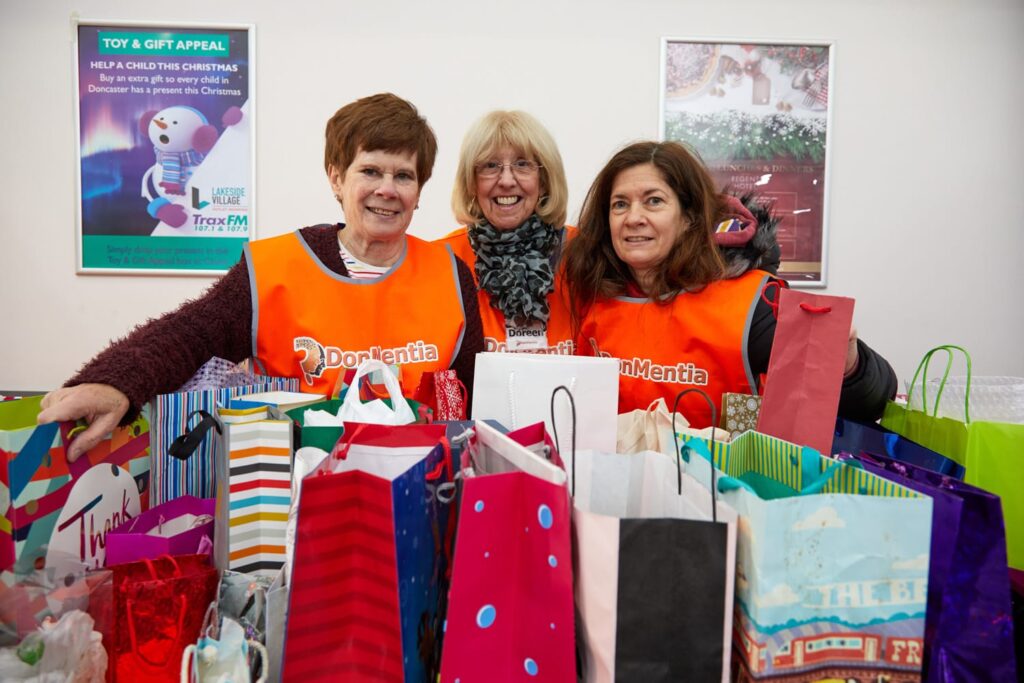 Christmas shoppers at Doncaster’s Lakeside Village have helped to raise cash for people in the town, living with dementia.
The kind hearted festive customers donated their change for Christmas activities including biscuit decorating, took part in tombola’s and donated into collection tins in the stores raising just over £1000 for DonMentia.
Di Rogers, centre manager at Lakeside Village, said: “Our Seasonal Festivities Event was a great way for our customers to support our charity of the year.
“DonMentia is a small local charity that was set up by Eileen Harrington in 2013 to raise money for people in Doncaster who are affected by Dementia.
“We’ve held a number of fundraising activities so far this year for the charity and will be continuing to support them in the first part of 2020. We know that the charity makes a huge difference to families who are affected by dementia and we also know that every penny goes to supporting those that need it.”
Eileen Harrington, founder of DonMentia, said: “We were thrilled to have raise just over £1000 at the Seasonal Festivities Event at Lakeside Village.
“It was such an happy atmosphere and people really enjoyed the event and donated generously. Our thanks to Lakeside and all of the customers who have supported us.
“We are a very small group of unpaid volunteers meaning that all the money raised goes to where it is much needed.
“The centre is not only helping us to raise funds but is also helping to raise our profile so that more people know about the help and support we can offer.”
There are over 120 types of Dementia, the most common of which are Alzheimer’s disease, vascular dementia and Lewy Body Dementia.
Dementia is progressive, which means that the symptoms will gradually get worse. How fast Dementia progresses is different for each person.
Symptoms associated with an ongoing decline of brain function include problems with memory loss, thinking speed, mental sharpness, spatial awareness and loss of speech.
For further information about the charity visit https://donmentia.org/