Charity Of The Year 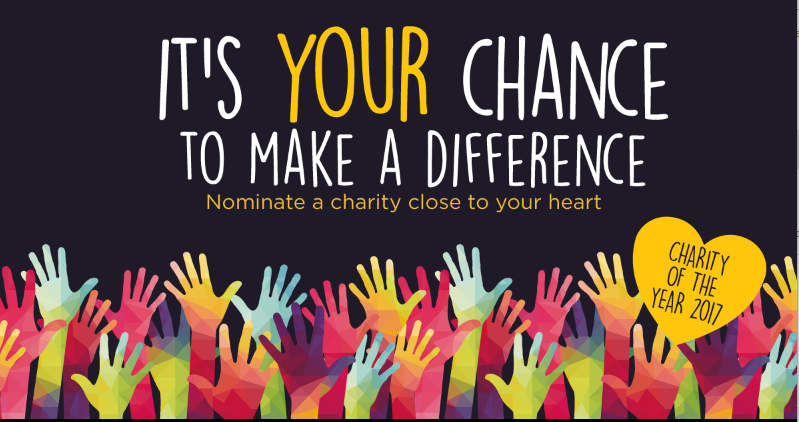 As you know we are a charitable bunch at Lakeside Village and each year we work hard to raise lots of money for different charities. We run events, get our stores and customers involved and generally do everything we can to make a difference. This year we’ve decided to choose a charity of the year for Lakeside Village to raise money for and we want you to help us choose which charity we should be raising money for. We want you, our lovely customers to put forward the name of the charity you think we should be supporting for 2017.

We’ll then collect all the suggestions and narrow it down to a top three and put those three out for a public vote. The winner will be officially named as our chosen charity for 2017 and we’ll put plans in place to help them as much as we can both by raising money and giving our time to support them throughout the year.

So do you have a charity that you think we should support? Is there a cause that is close to your heart that deserves to be our charity partner? If so put their name forward and give them the chance to be our 2017 charity of the year.

We can’t wait to see the different suggestions and select a top three and then to be working with one charity to raise money to make a real difference this year.

Suggestions can be put forward by emailing [email protected] and the deadline for suggestions is 31st January. Help your charity be in with a chance of becoming our charity.